And then there was .. PLUS

Formed by Mike Wilde on Vocals and Bass the Band gigged and recorded regularly in Sydney, Australia in the mid 90’s. An early line-up including Cale Hetariki on Guitar and Rebecca Hancock on Backing Vocals recorded the ”Come and Get it” EP in 1994. ‘Come and Get it’ was featured a number of times on Wonderworld, a popular TV infotainment program and the Band were invited to shoot a video for the show at the historic Marble Bar in Sydney. 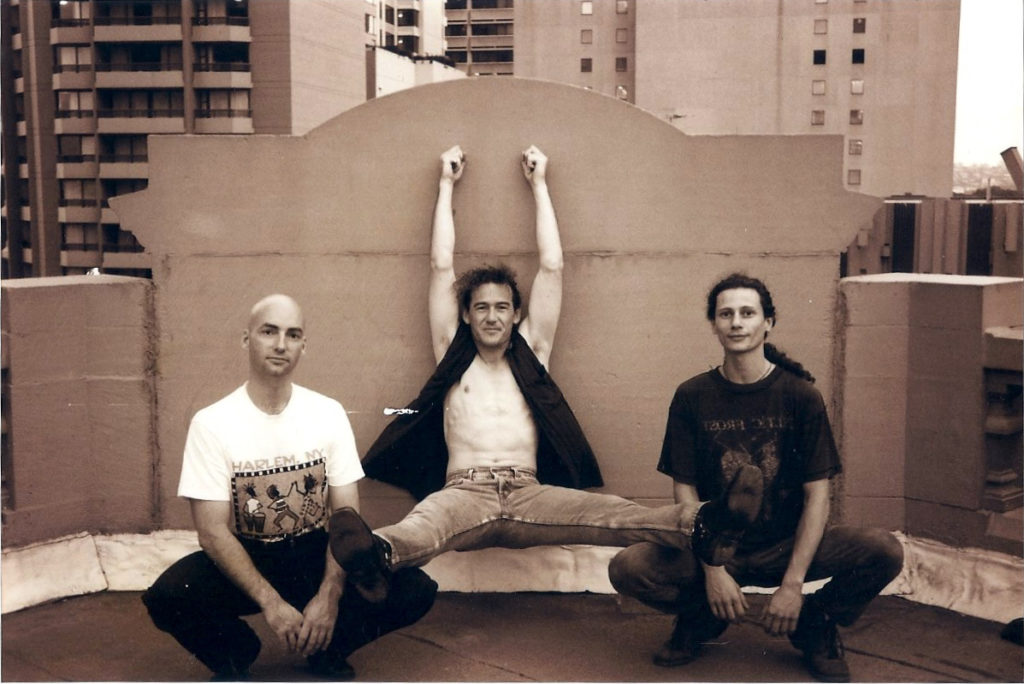 Lee Anderson(left), Mike Wilde and Cale Hetariki on a rooftop in Darlinghurst taking a break from recording the PLUS EP (1995)

With the addition of Lee Anderson on keyboards PLUS headed into the studio again late in 1995 to record the ‘Plus’ EP. A video for one of the four songs, ’Fastrak,’ shot and edited by Peter Longstaff, appeared on ABC’s ‘Rage’ early in 1996 and other notable trivia was a Band appearance on ‘Home and Away’ later in 1996. Unfortunately .. most of PLUS’s performance ended up on the cutting room floor .. but Hey .. That’s Show Business !!